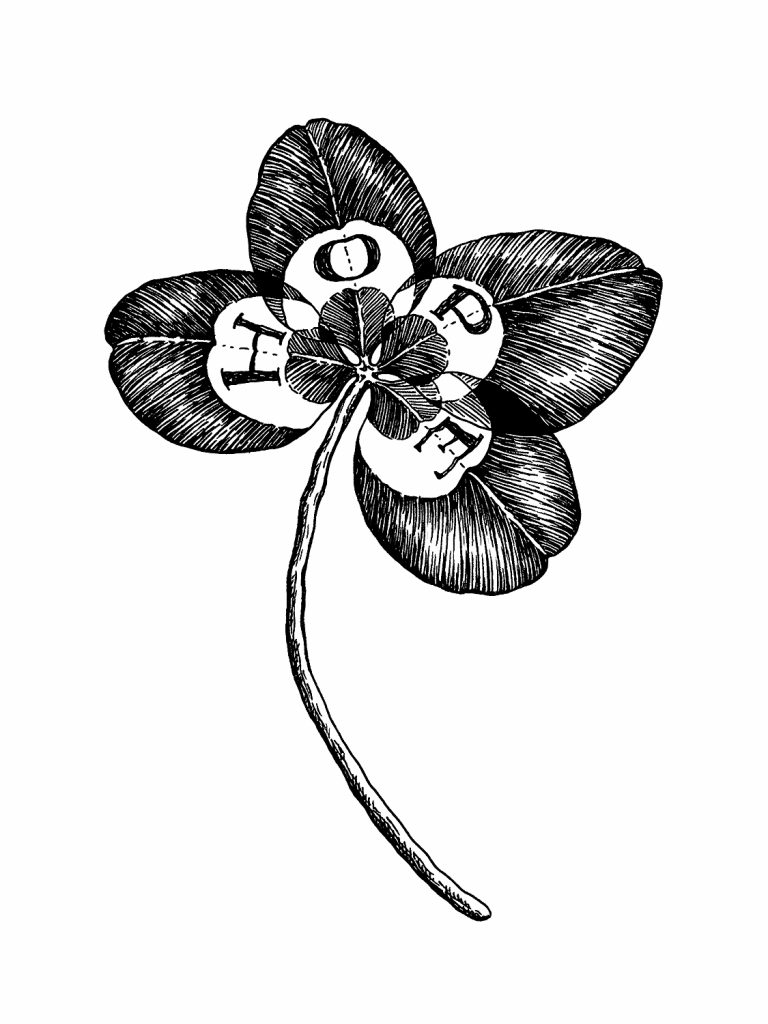 An ink drawing series of four leaf clovers with simple, meaningful words. The natural color patterning that some clover species express lends itself to displaying type, so I began to play around and try out different ideas. And though some drawings display the same word, each is unique; inspired by the hundreds of four leaf clovers that I have found in the more recent past.

Finding four leaf clovers has been an occasional source of joy since I was little, but after my sister’s sudden death in May of 2017, I began finding them nearly every day – 2, 3, or even 8 a day. Sometimes I’d find a whole patch, other times a lone one in a patch of scrubby grass. It was noticeable and unusual, and soon I began to think of the clovers as my sister reminding me how lucky I am, despite loss. They all are carefully pressed in wax paper between the pages of an old sketchbook until taken out to properly frame and give away to someone for whom I am thankful to have in my life. 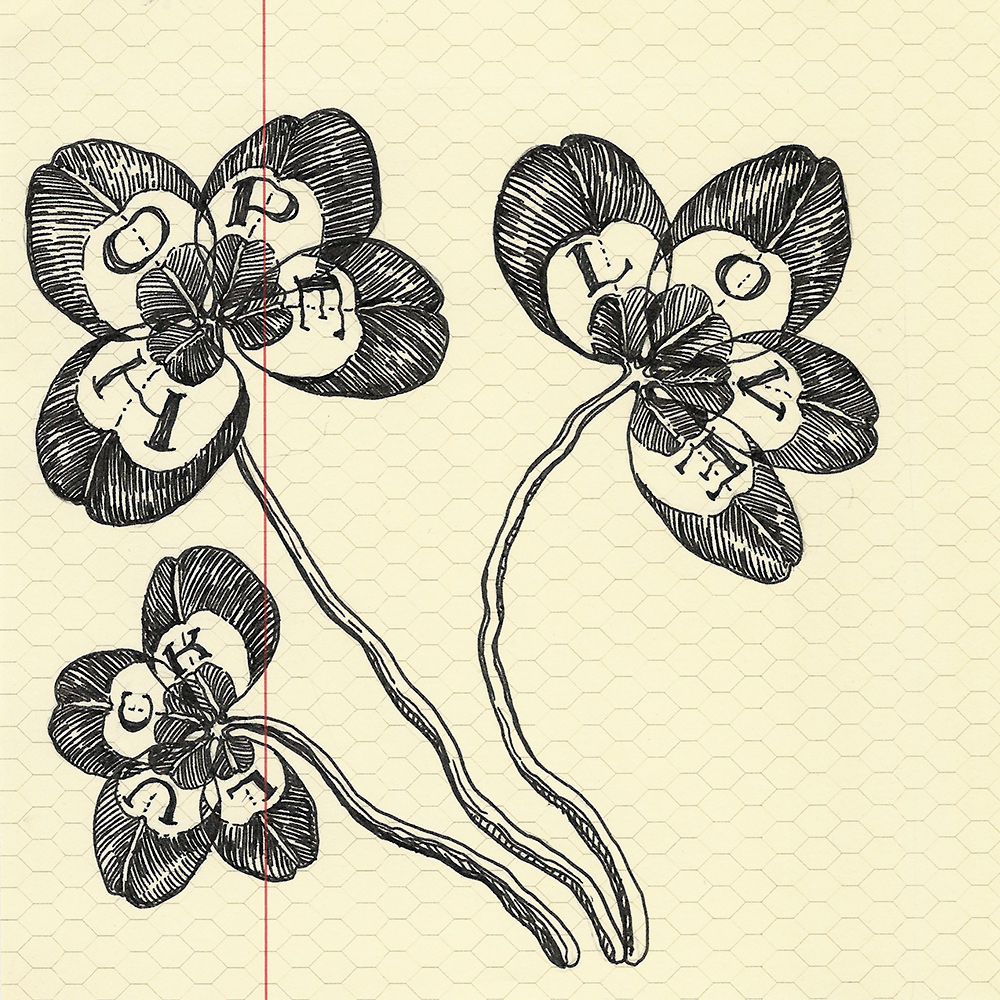 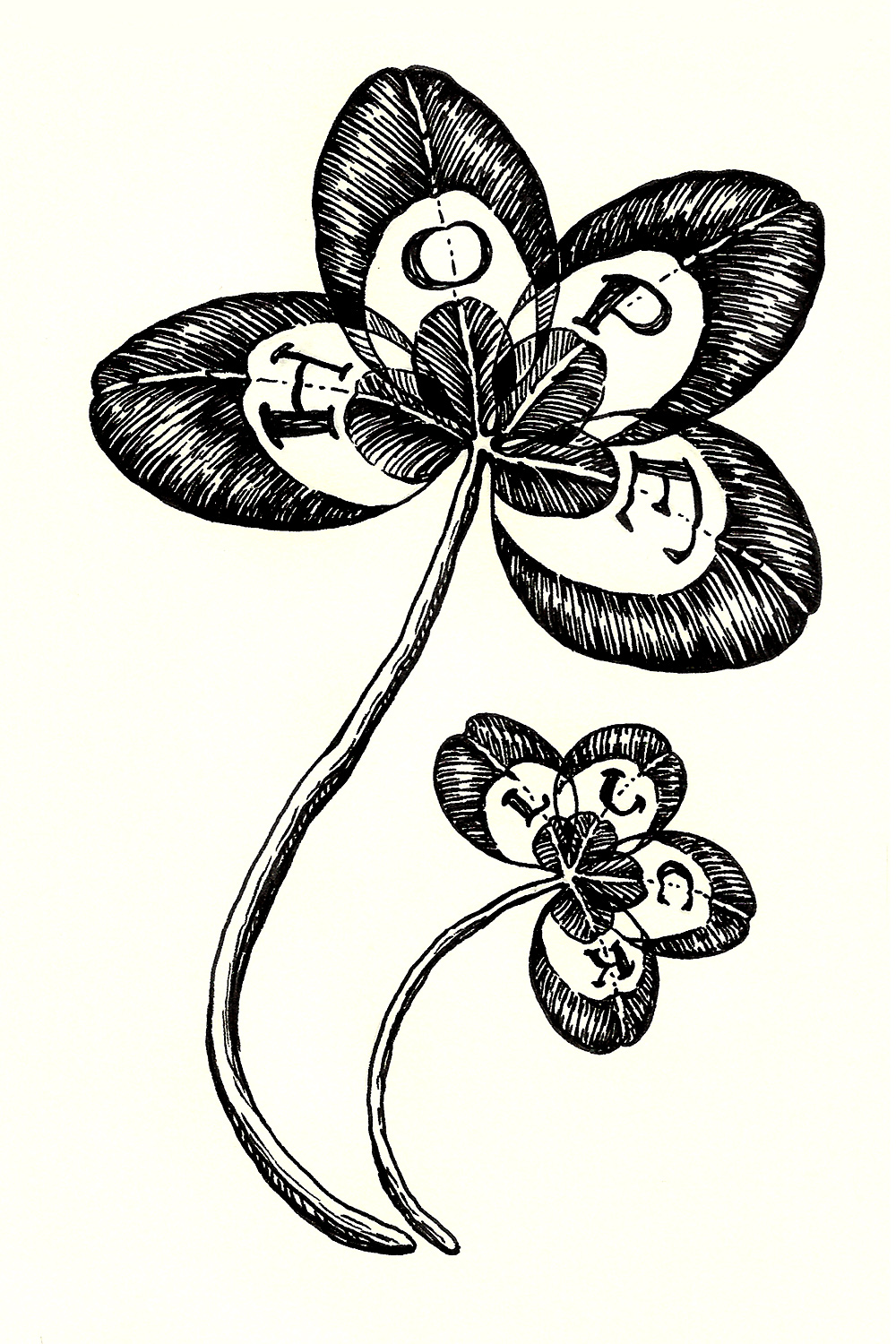 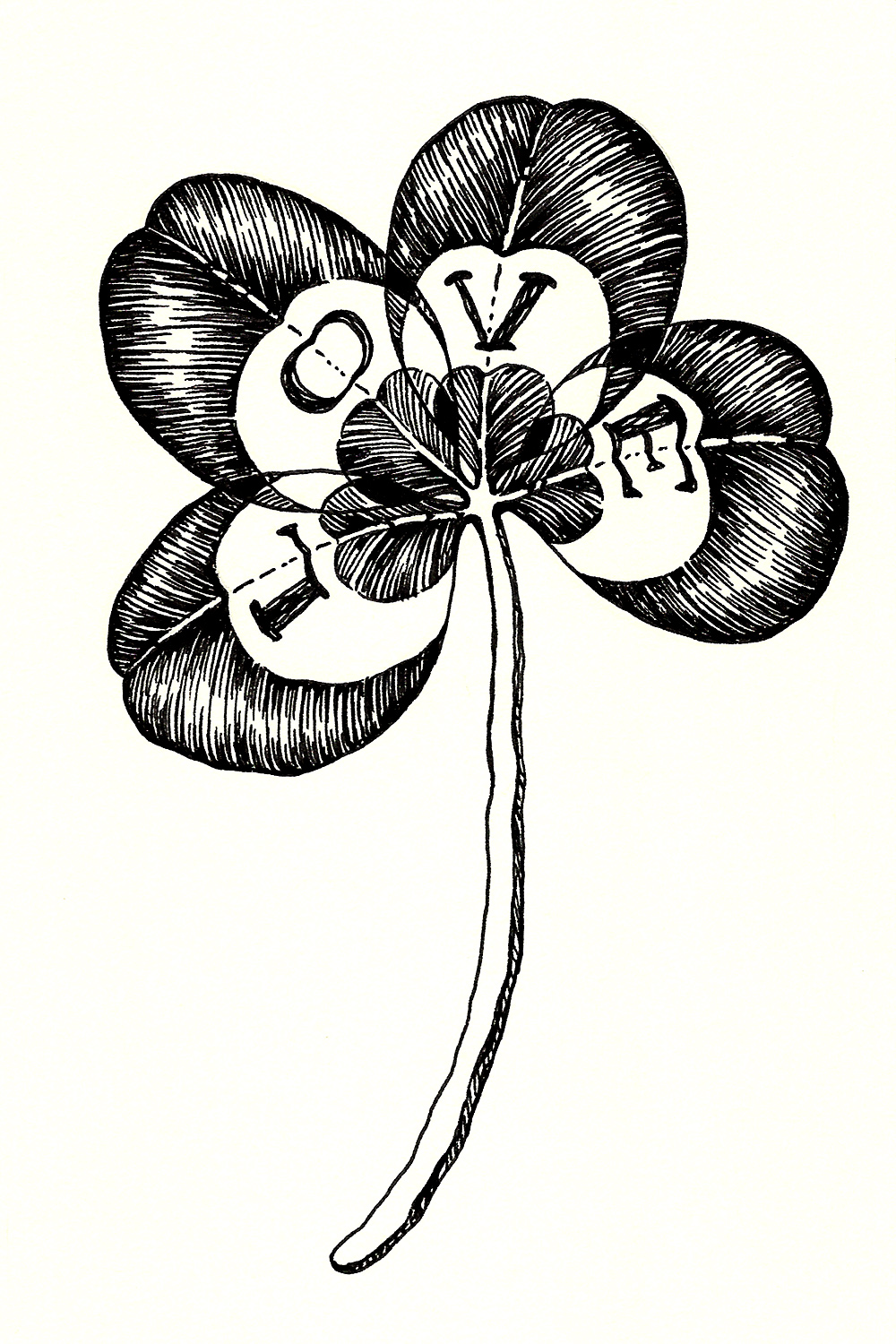 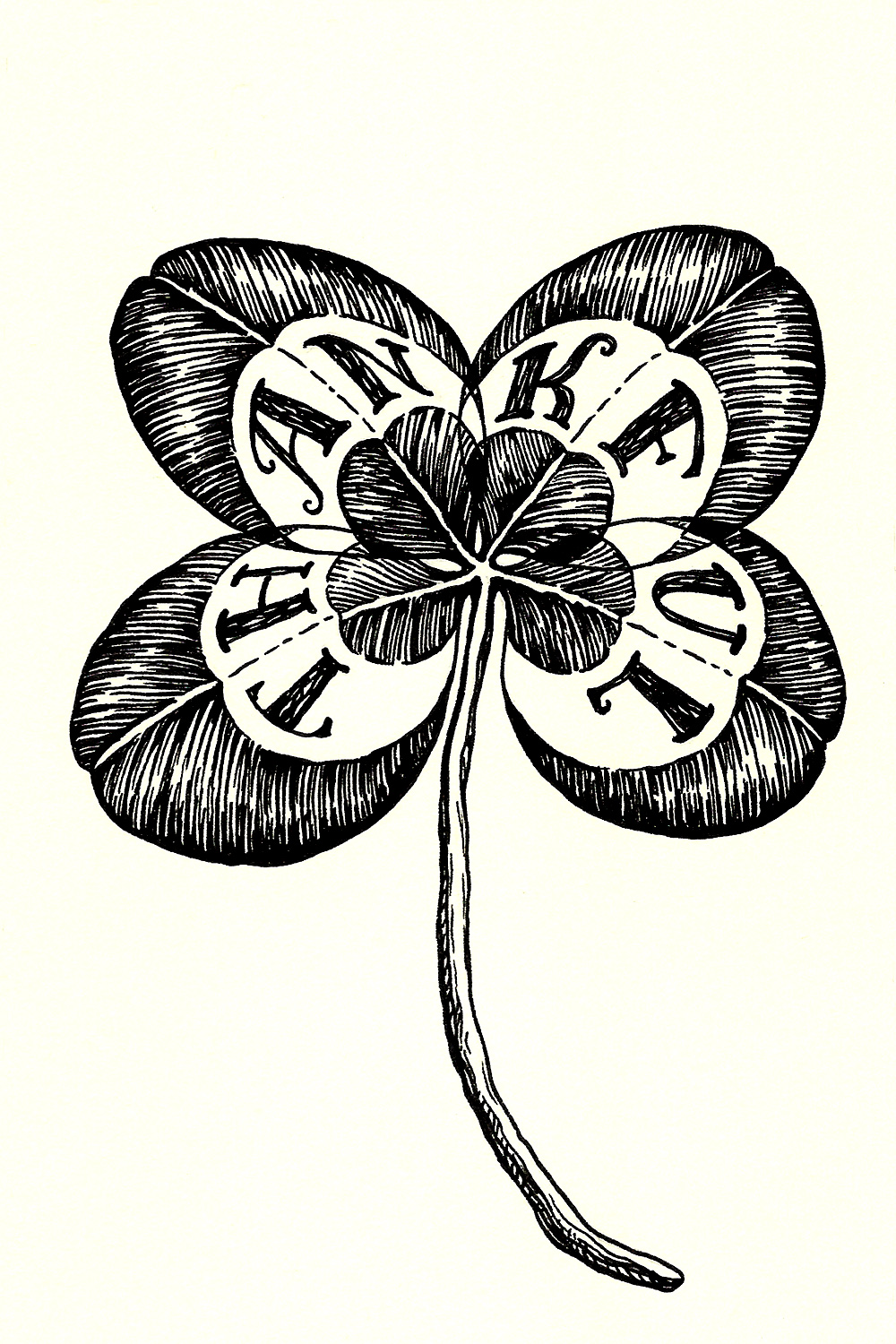 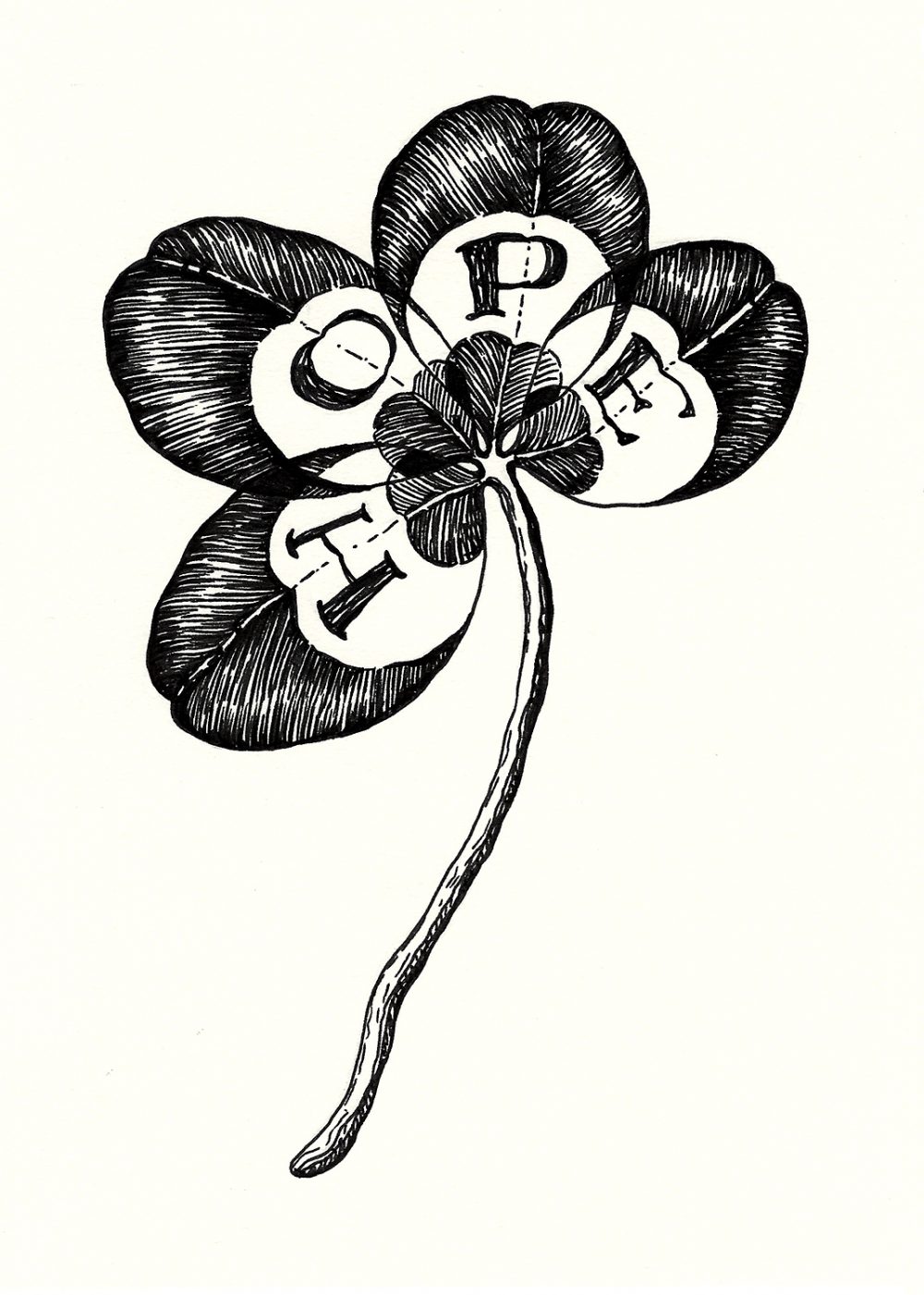 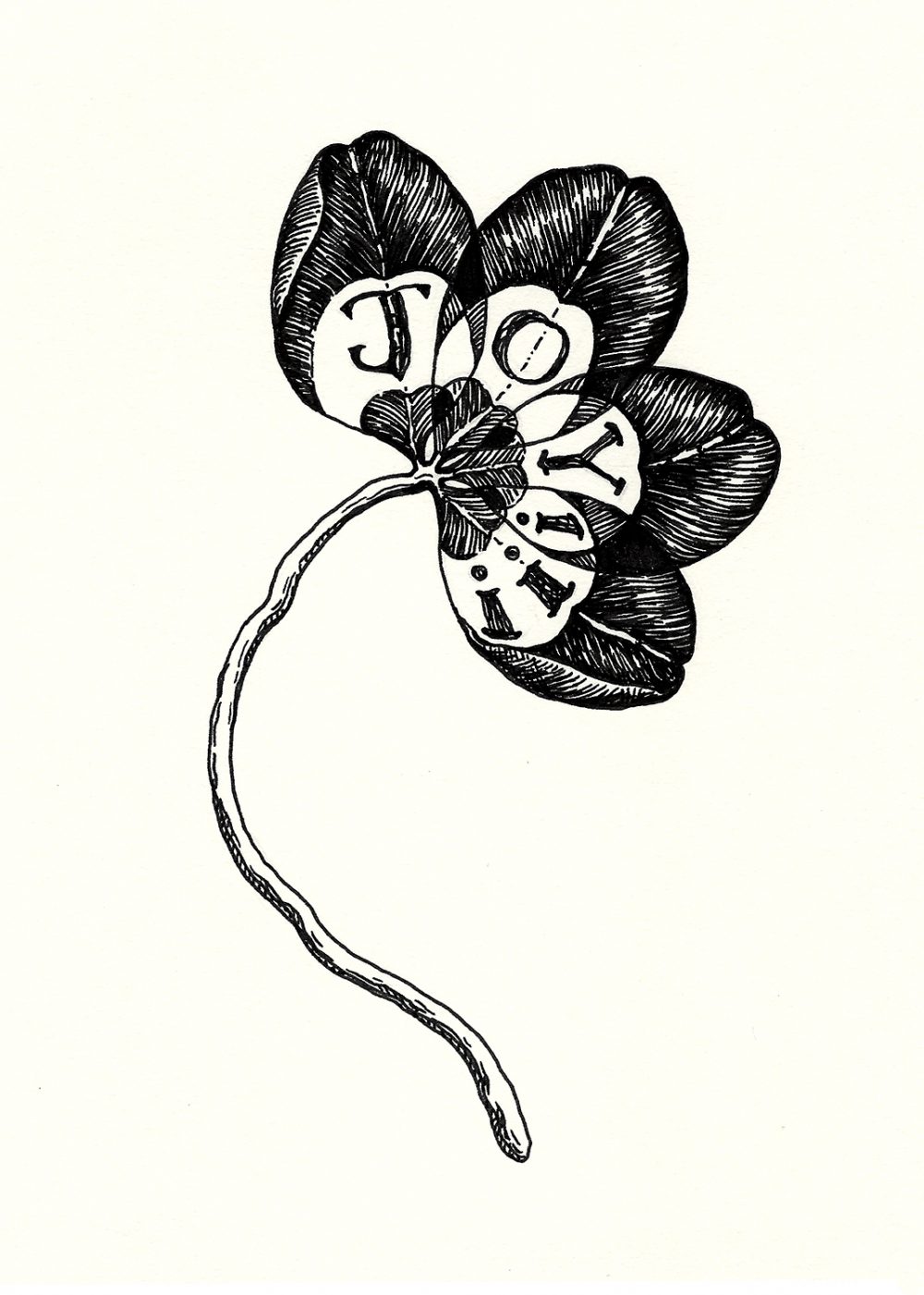 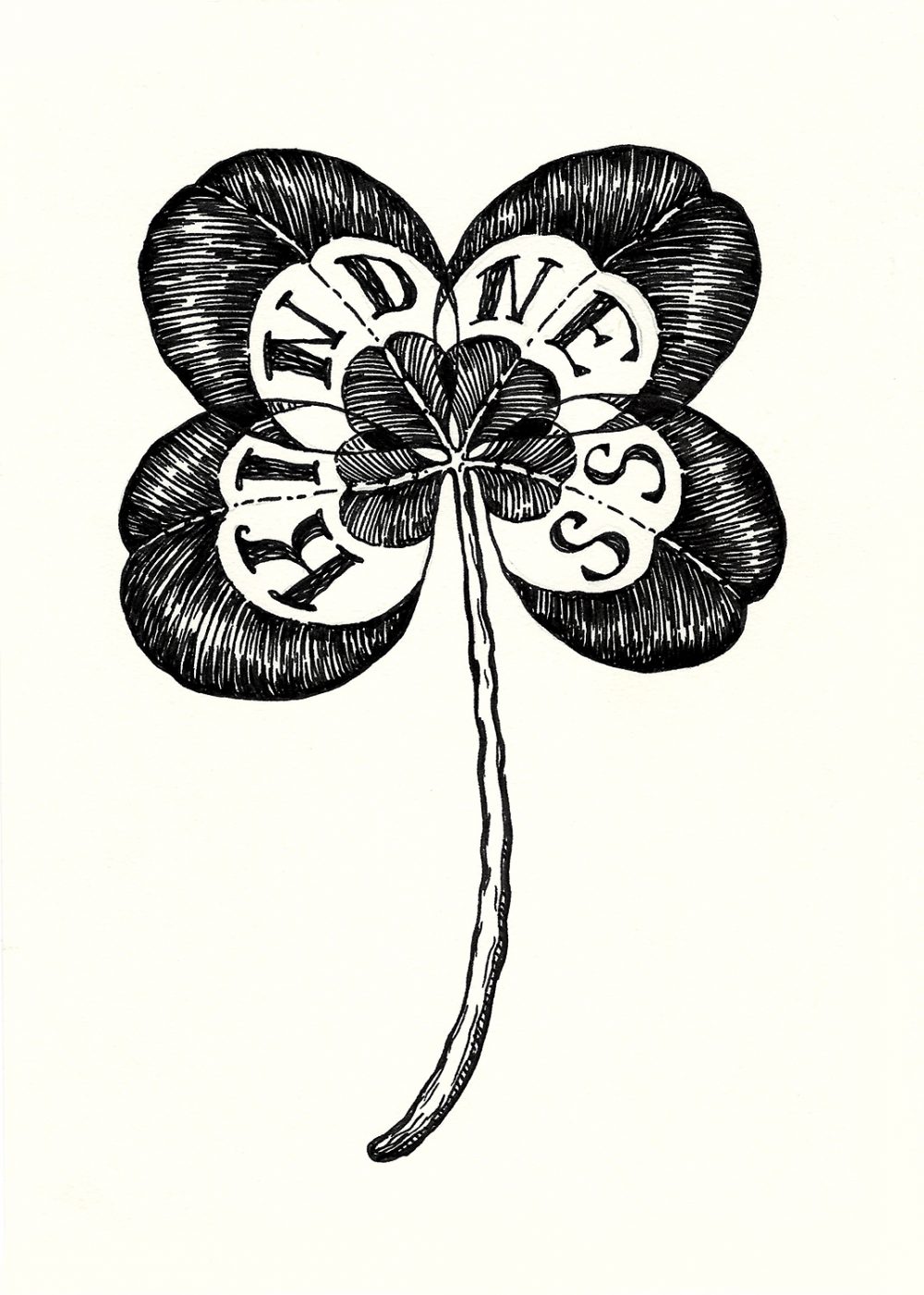 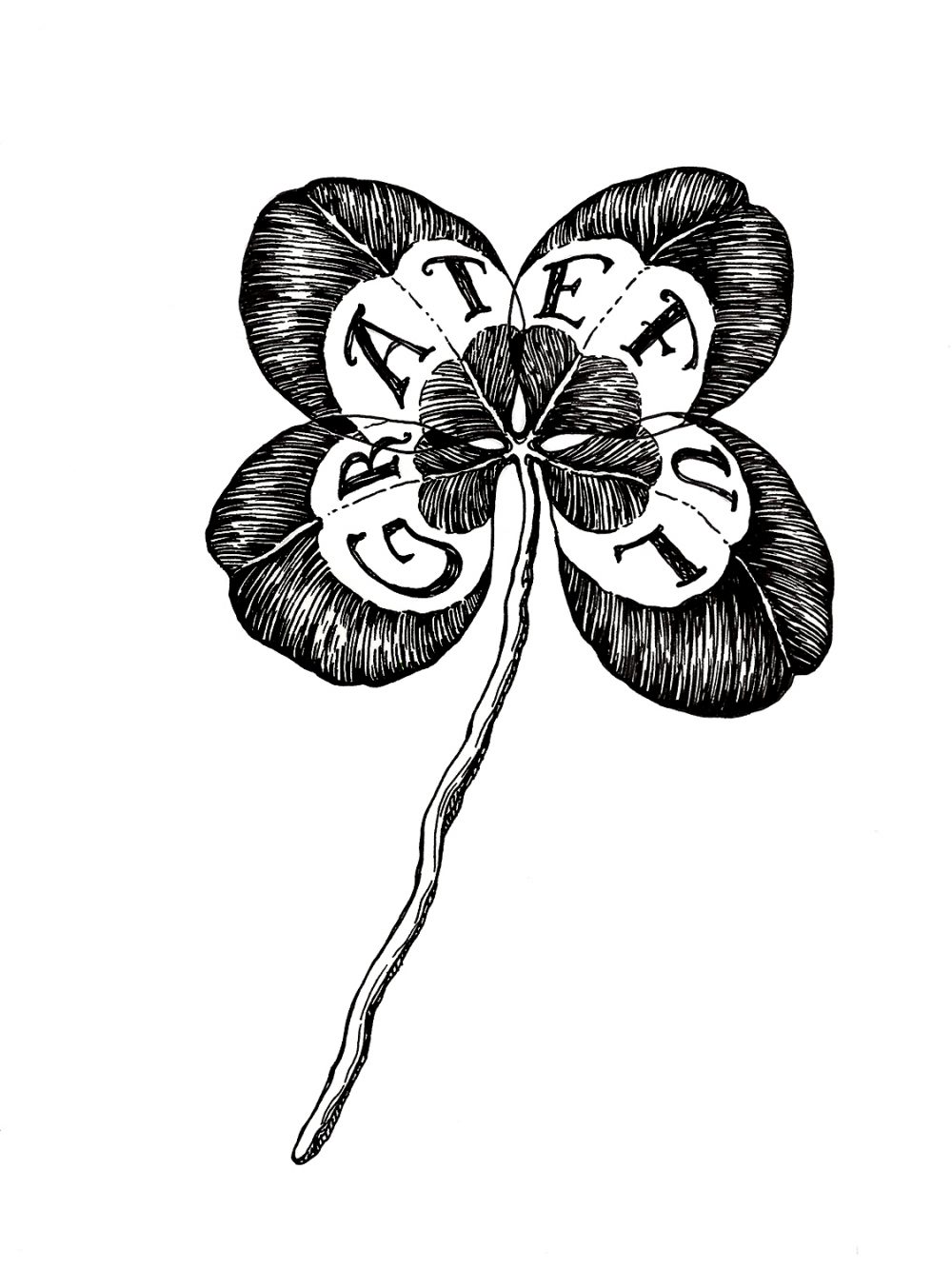 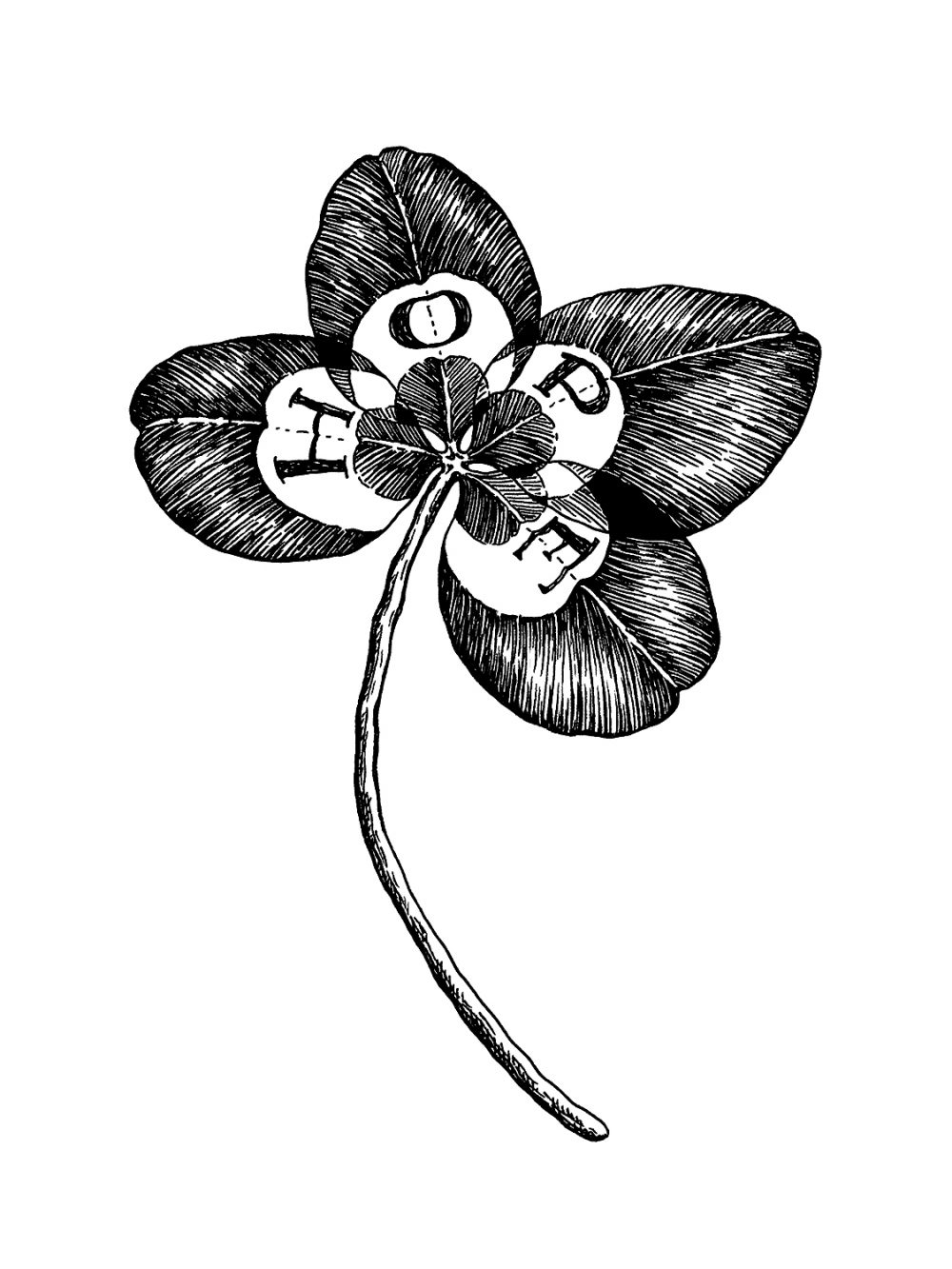 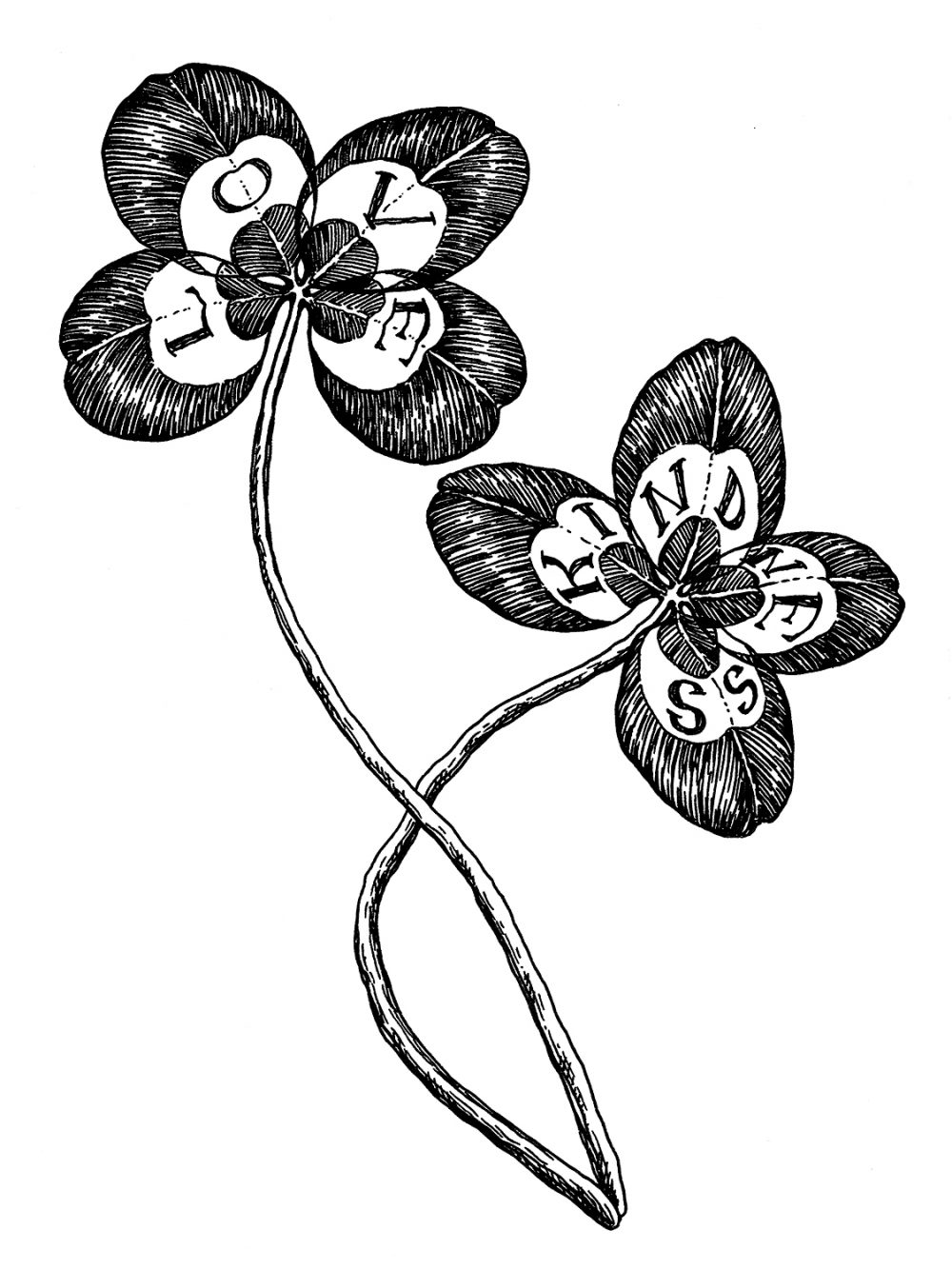 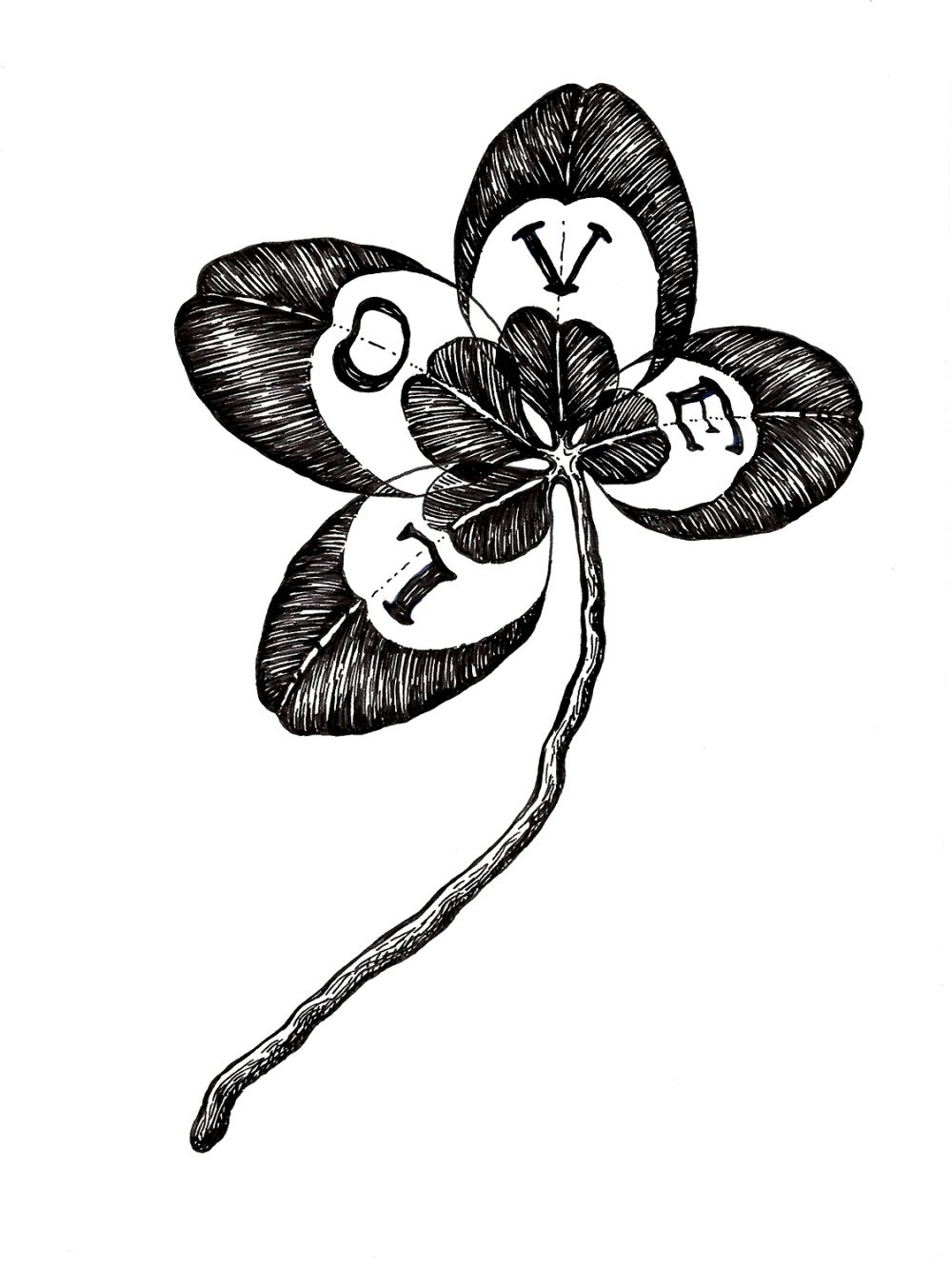 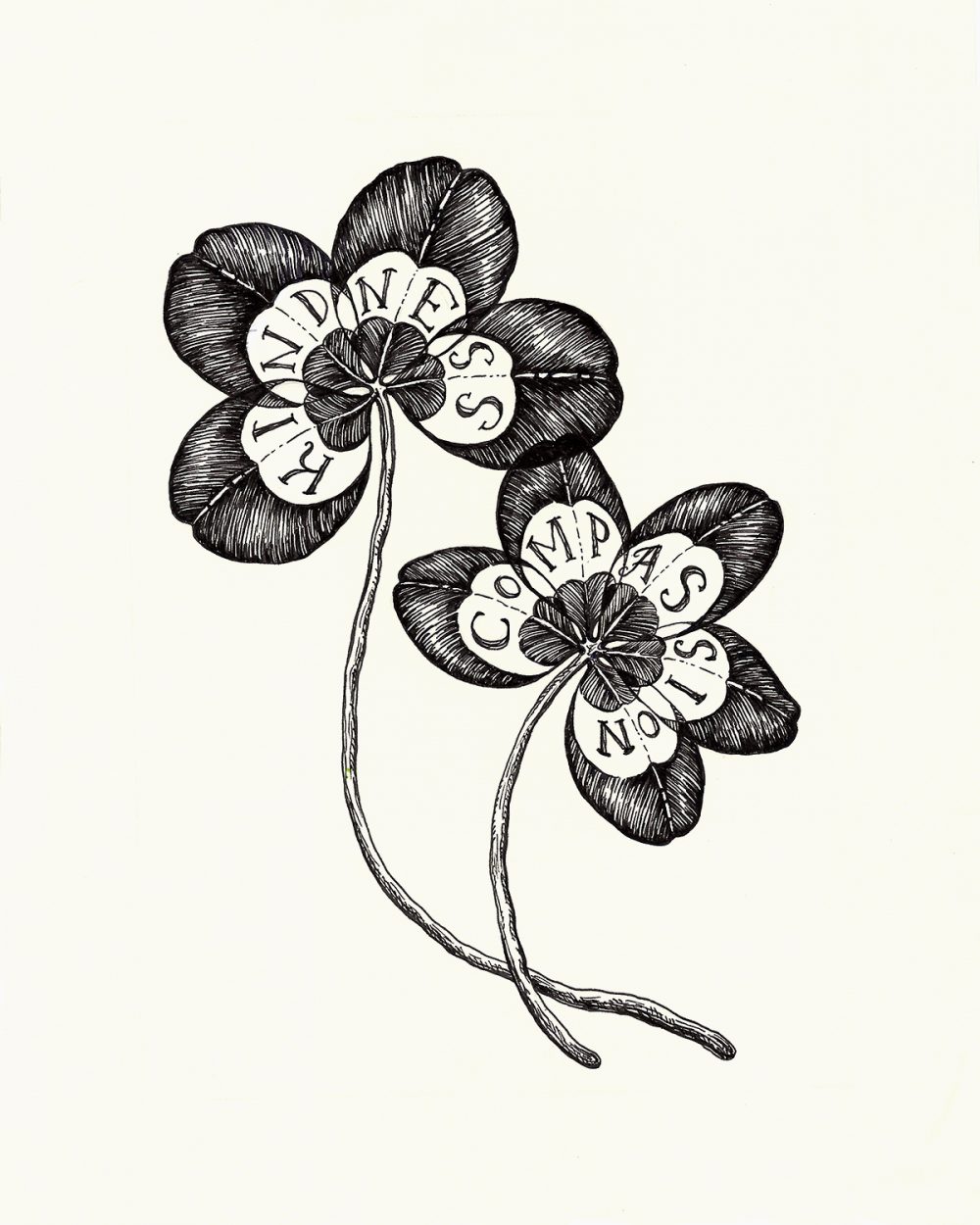